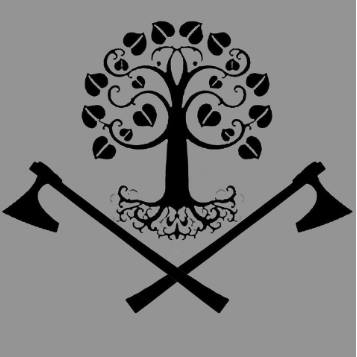 After Cricket the Hermit went to a local park, he found Amtgard, in the Sacred Winds (Ellensburg). After 3 years, he moved to the Wenatchee and started a park in June 2003. The first few weeks were slim, until a group from Stormhaven come out and fought for a day. This group was led by Sir Blackthorn, and his family, which lead to the exposure of the park. Unfortunately, Cricket had to leave, relinquishing the land to the hands of Xiphius, who continued recruiting and finally gathered enough numbers to petition for Shirehood in the fall of 2005. We got a vast influx of younger players, tending to be of high school age. With this wave of new members, the land was able to petition as a Barony the summer of 2006. Within the summer of 2017, Hermits Hold was moved back to a shire, due to decline in numbers, but there is a drive to recruit. With strong Shire numbers, we are an active positive presence in our Park. We do regular garbage checks, always leaving the place cleaner than when we found it. We make sure to maintain good relations with within the local community. For the last two years we’ve participated in the local annual Renaissance Faire, last year running the “Boffer Pit”. We also recently helped a Kiwanis sponsored clothing drive to raise awareness as a thank you for their rebuilding the shelter. 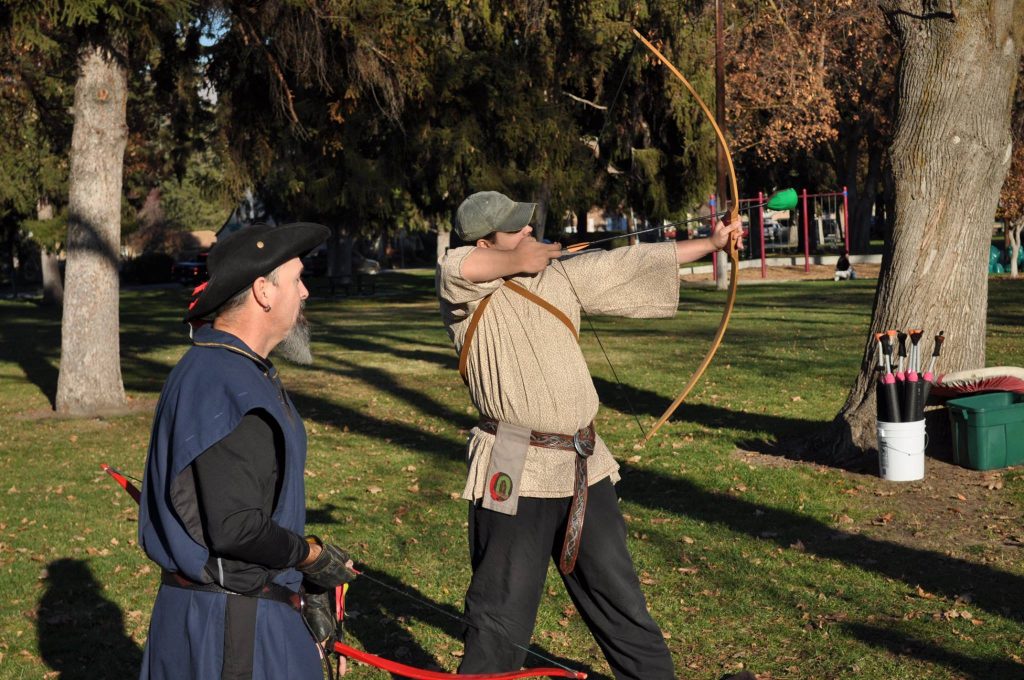 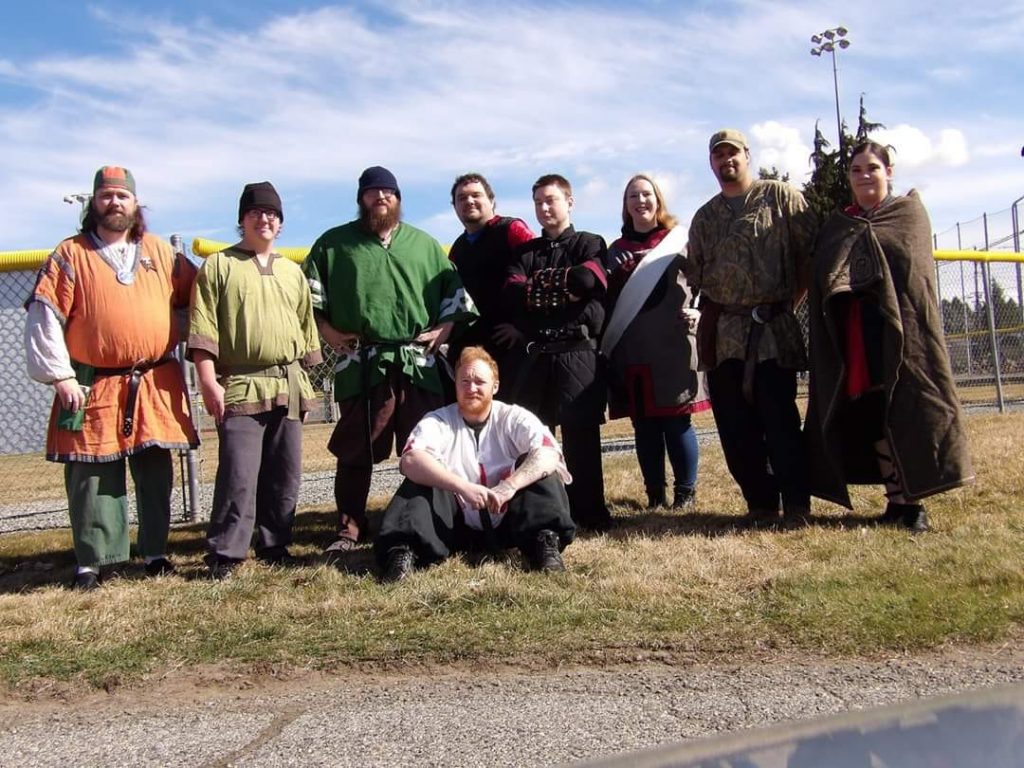 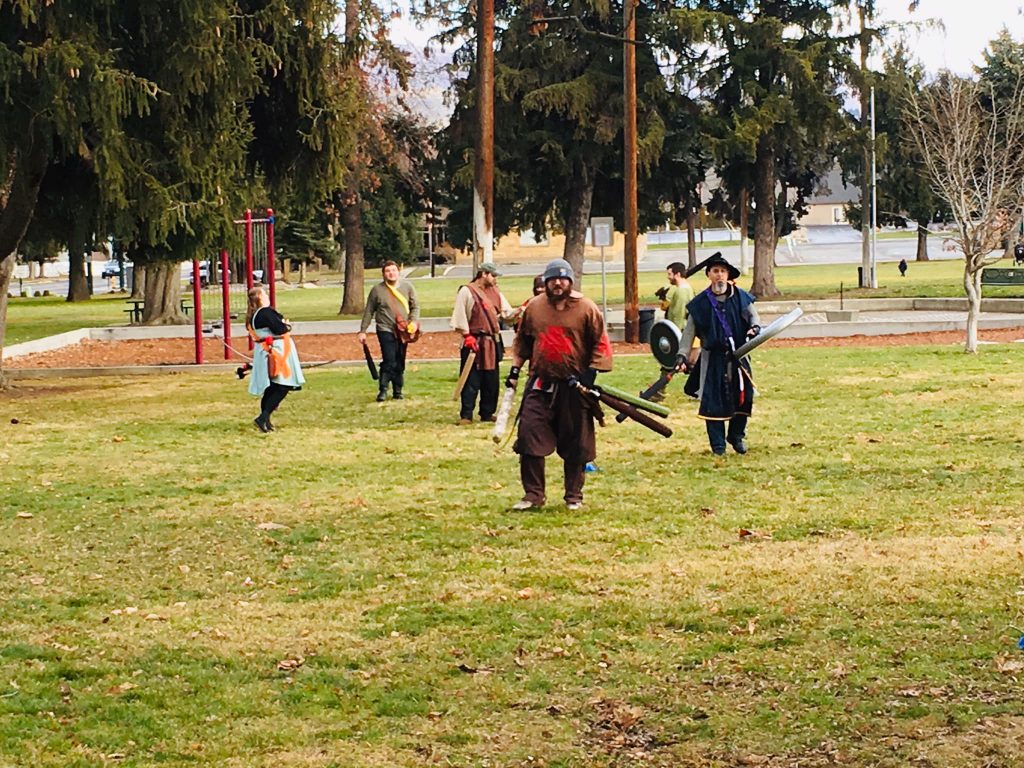