Chicago Alliance was one of the first Midwestern Alliance Chapters to open circa 2005. Ever since, we’ve been running between five and ten full-weekend events a year. When the game began, the players found themselves in the war-torn town of Briarpass, besieged by an evil Vampire Lord. In the years since, the players have written the story of the town’s progress and actively changed the history of the world. Lowly Briarpass has now become the mighty Kingdom of Wayside, a powerhouse on the continent! Wayside has strong allies and wily adversaries and all are affected by the decisions and actions of you, the player.

Maybe you’ll seek out the Merchant Guild, bringing civilization to the world and making a tidy profit. As a player, you have the freedom to create any kind of character you wish. Will you be an honorable soldier serving a knight in defense of the Kingdom? Will you pursue the mystical arts, studying the eldritch power of Celestial Magic or the rejuvenating strength of Earth Magic? Maybe you’ll seek out the Thieves Guild, sticking to the shadows and making a tidy profit. Perhaps you just like sitting in the tavern, sharing good drink and stories with friends. No matter what kind of character you want to play, you’ll find adventure and fun at Chicago Alliance! 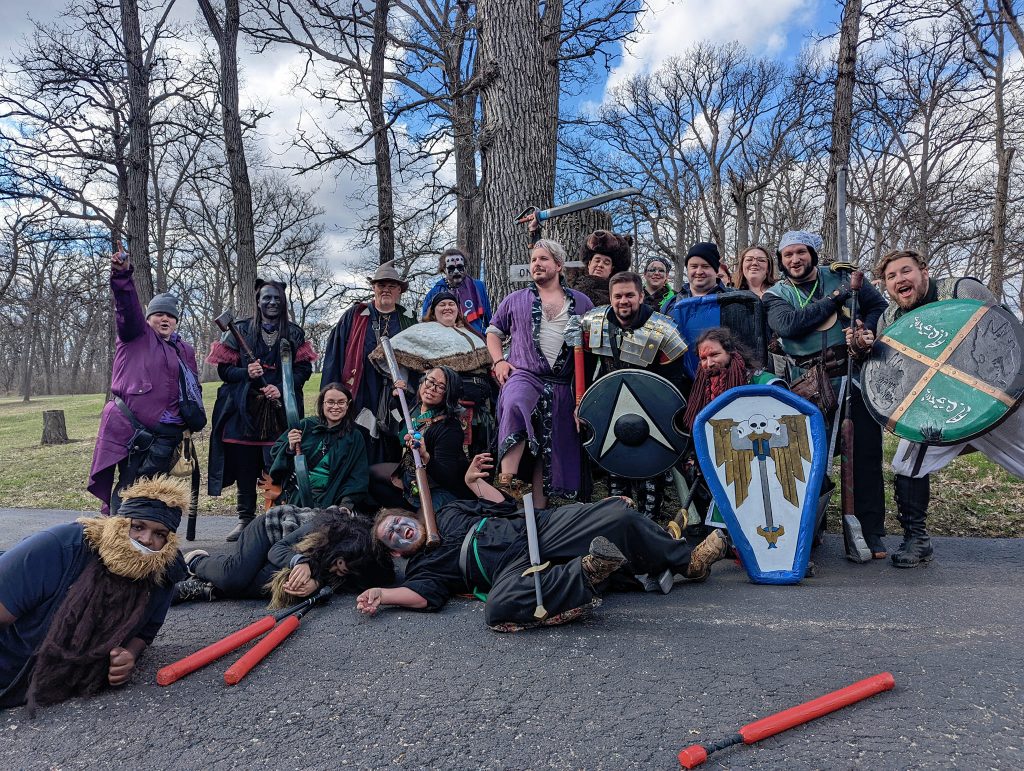