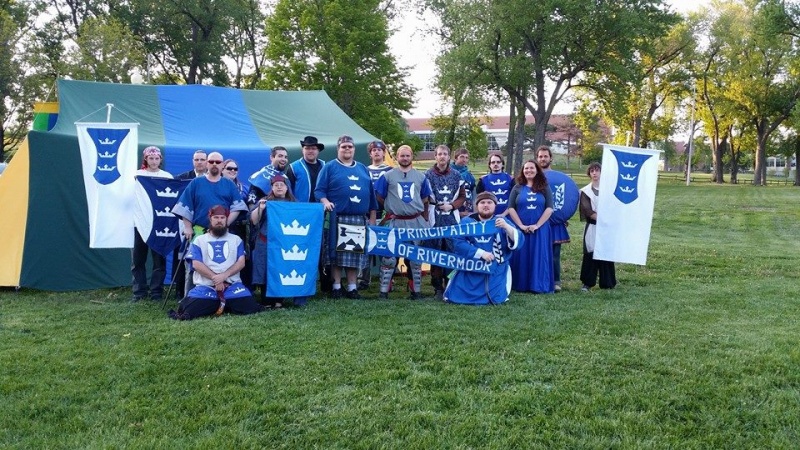 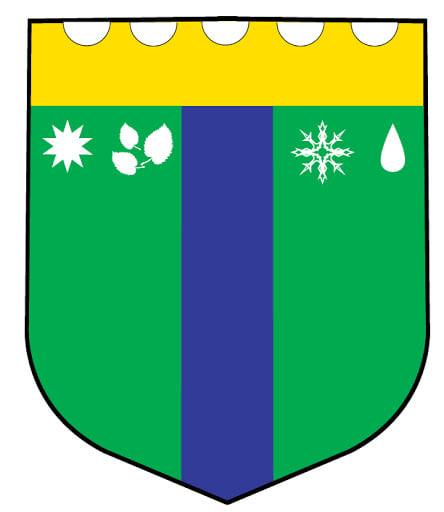 Kingdom: The Empire of Rivermoor
Amtgard |

Founded in the year 2000 in Omaha, Nebraska. The group started with a heavy role-play orientation, with a backstory and lots of eager larpers. They were elevated to Barony status in 2001, after their second reign, then to Duchy in 2003 after their 6th reign. The Duchy served as the anchor of the Principality of the Rosetta Pact from 2005-2007 and later to the newly formed Principality of Rivermoor from 2008 onwards.

They hold four main events each year in addition to their coronations and DM/WMs. They are called the “Trials” and fall within each appropriate season. Spring Trials is often a Scouting oriented event, with archery and scouting competitions, Summer Trials is a fighting company competition with a variety of challenges, Autumn Trials is a jugging competition and chili cook-off, and Winter Trials is an indoor party with both fighting and A&S competitions.

Our game days vary depending on if we’re having a quest, a tourney, or other activities. Many events take place at Elmwood Park, however we utilize the many parks Omaha has to offer. We love seeing new faces, and work to keep a family-like atmosphere in our group. We have members of all ages and from all walks of life and love it that way! We look forward to seeing you soon!

We meet at 12pm-3pm Saturday at Elmwood park in Omaha, Nebraska (next to the gazebo/circle parking lot) 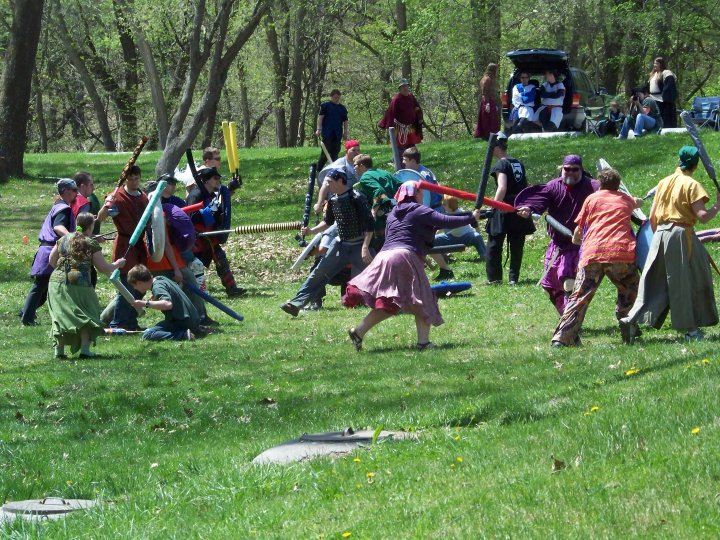