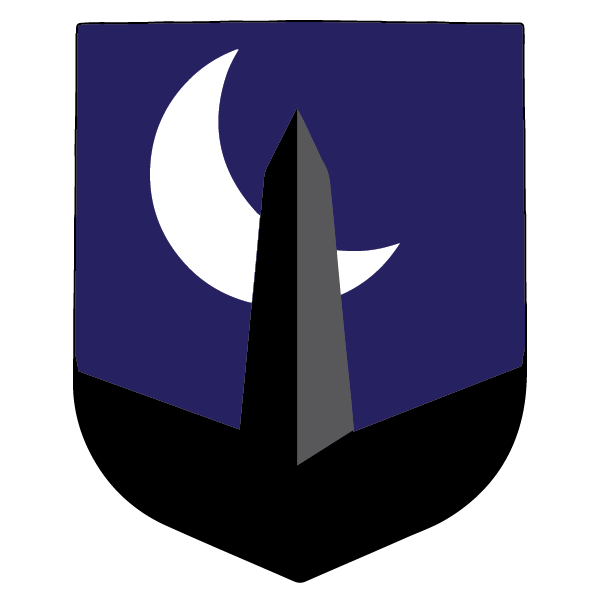 Blackspire is a kingdom formed from the two Pacific Northwest kingdoms- The Kingdom of the Mystic Seas and the Valley of the Silver Rains or VSR. The merger was Complete, and Blackspire was born in April 2005. It’s full title was originally voted in as “The Kingdom of the Dark Valley of the Black Spire Where the Bloody Skeletons Rise Up in the Middle of the Night to Kick Your Ass!!!!!!”, suggested by Sir Cowdog. However, it was later shortened to “Blackspire”.

Blackspire consists of all of Oregon, and parts of Washington. Pac War originates from Blackspire, and is their main Interkingdom Event per year. 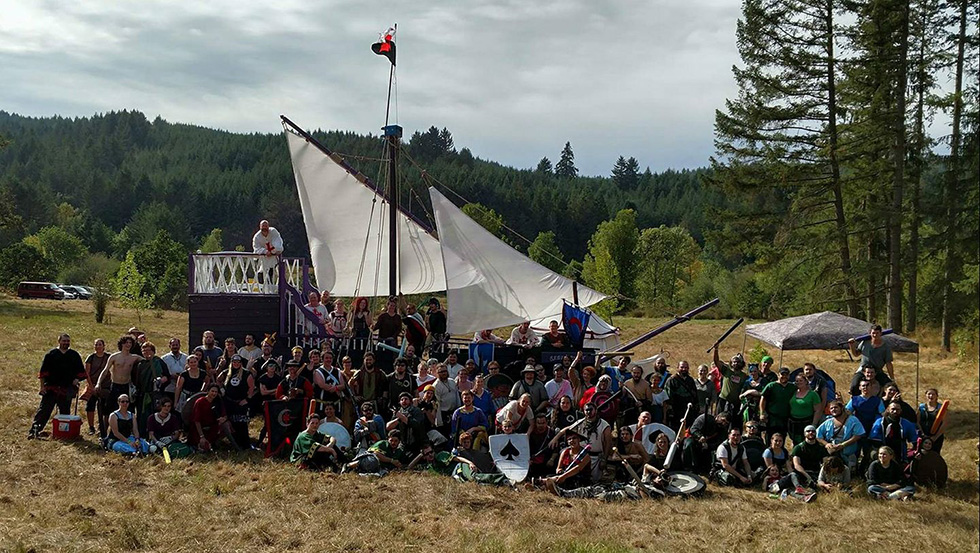 Pacwar- Blackspire’s largest interkingdom. Pacwar has been held for over two decades and continues to be a strong, highly attended, and fun event. 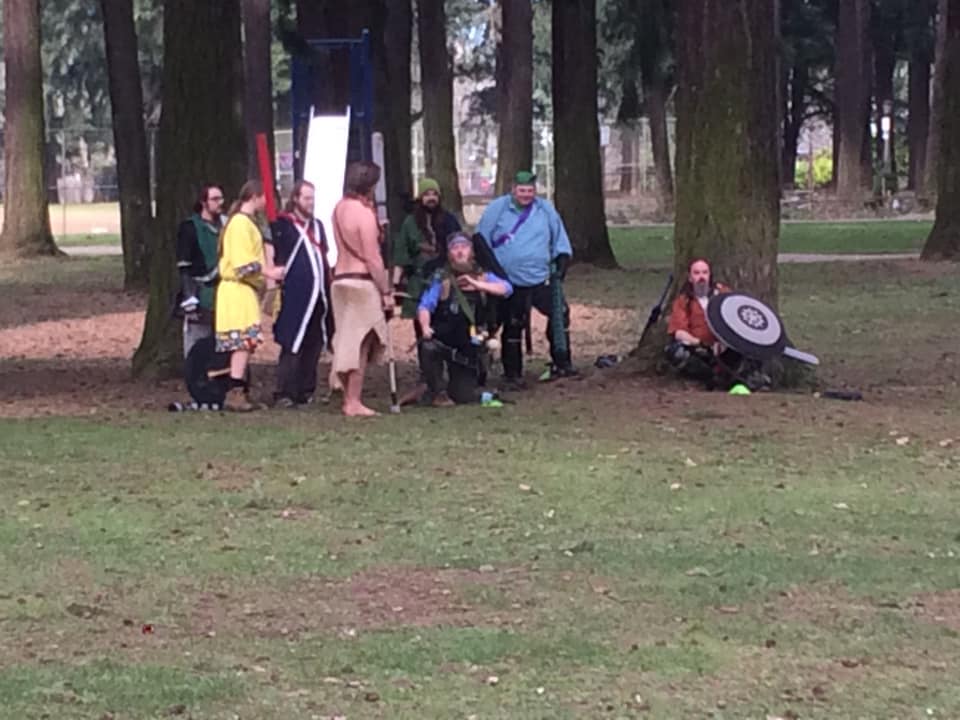 Duchy of the Mystic Seas

Shire of the Forest of Fado